When it comes to getting the most bang for a buck at sit-down restaurants, Olive Garden, Cracker Barrel, Golden Corral, Applebee’s and Chili’s get top marks, according to 5,000 diners recently polled online by BrandIndex.

Brands with the worst perceived value were Ground Round, 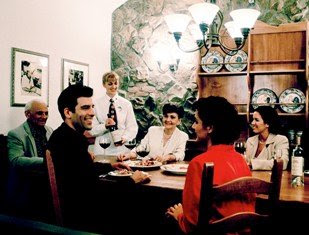 Sit-down restaurants have been discounting heavily as consumers cook more meals at home and “trade down” to lower-priced fast-food chains to save money amid a long recession that has sent U.S. unemployment to a 26-year high.

Olive Garden and Cracker Barrel continue to be the top-ranked casual dining restaurants in terms of value, according to the latest consumer survey results from BrandIndex.

BrandIndex tracks 1,000-plus consumer brands, gathering opinions on seven brand-health indicators on a daily basis from 5,000 U.S. adults drawn from an online panel of more than 1 million. The value score -- reflecting consumer responses to the question: "Does it give good value for what you pay?" -- is one of the most telling in terms of overall brand health, according to BrandIndex parent YouGovPolimetrix. Scores can range from 100 to -100, and are compiled by subtracting negative feedback from positive feedback.