Big Spenders Get the Most Buzz

NEW YORK (AdAge.com) -- Spend and you will get buzz.

That seems to be one takeaway from YouGov's BrandIndex, which compiled daily feedback from thousands of consumers for the first half of the year in order to find out which brands consumers are buzzing about and which brands they're not. 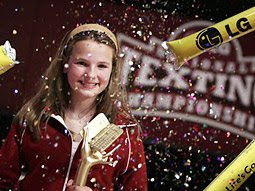 LG was a first-half standout, holding its third-annual texting contest, which was co-promoted with MTV.
Photo Credit: LG

Many of the brands that suffered through the first half had major news events to tackle, such as the implosion of the auto and financial sectors. But some, including Morgan Stanley, Ford and Home Depot, managed to improve consumer perceptions despite major issues in their respective categories.

Then there were those such as Microsoft, Best Buy and KFC, whose value messages -- as criticized as they may be -- have captured consumers' attention.

"The numbers are a little more noisy than they have been," said Ted Marzilli, global managing director of BrandIndex, citing the number of news events during the first half. However, Mr. Marzilli pointed out that there's been less activity on the advertising front, presenting opportunities for marketers willing to open their wallets to stand out among the silence.

"For brands taking the initiative, it's paying off. We're seeing that in the buzz numbers," he said, citing much-talked-about campaigns such as Microsoft's "Laptop Hunters" series and KFC's promotion with Oprah Winfrey. "[The numbers] indicate that those people who are being risk takers have the potential for a big payoff."

Among the first-half standouts were LG and Ford. LG advertised heavily in the first half, launching a print and online partnership with Conde Nast Media Group and holding its third-annual texting contest, which was co-promoted with MTV. Ford, meanwhile, garnered buzz by declining government bailout money and playing up its progress in quality. In contrast, a number of rival auto brands -- Dodge, Chrysler, Hummer, Pontiac and Chevrolet -- saw steep drop-offs in brand buzz.

"It's a really nice story for Ford," Mr. Marzilli said. "It will be interesting to see over the next few months whether people really start to spend money with Ford, rather than just appreciating what they've done."

In the hard-hit financial sector, a number of stalwarts -- Citibank, Bank of America, AIG and Wells Fargo -- unsurprisingly saw declines in value perception. Morgan Stanley, however, managed to make inroads with consumers and began to improve its buzz ratings. The financial firm recently completed its acquisition of a majority stake in Smith Barney and has launched an aggressive advertising campaign touting the revamped firm.

In another beleaguered sector, retail, Home Depot and Lowe's saw improved buzz, while consumers began to see Best Buy in a more value-oriented light. Mr. Marzilli said even though the housing sector has been hit hard, Home Depot and Lowe's have been successful in shifting their strategies to focus on small, inexpensive home-improvement projects. Best Buy, meanwhile, has been touting its price-match guarantee to ensure it doesn't lose consumers to Walmart.

Looking toward the second half, Mr. Marzilli said he believes the brands that take risks and make investments in advertising stand to be the big winners. "I don't think a whole lot of people are expecting a full-blown recovery in the second half," he said. "Folks still on the value message will do well, and those folks that choose to spend can make an impact."