My concept for BrandIndex about Microsoft vs. Apple advertising turns into large Advertising Age story, then goes viral around web

In Mac vs. PC Battle, Microsoft Winning in Value Perception

NEW YORK (AdAge.com) -- Apple may have some of the most interesting online ads we've seen in a while, but Microsoft's recent push to paint the competitor as pricey is starting to work, according to data from BrandIndex.

The perceptions of value the two brands offer has shifted dramatically in the eyes of 18- to 34-years-olds since Microsoft began running its "Laptop Hunters" campaign in late March. Apple's "value perception" has fallen considerably, while Microsoft's has risen. 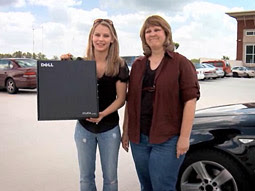 The latest push documents several people hunting for a laptop, with the promise that if they can find everything they're looking for in a laptop for less than $1,000, the marketer will pay for the computer. The chosen ones shop both Windows-based PCs and Apple products before, naturally, finding what they need for the right price in a PC.

Based on daily interviews of 5,000 people, BrandIndex found the age group gave Apple its highest rating in late winter, when it notched a value score of 70 on a scale of -100 to 100 (a score of zero means that people are giving equal amounts of positive and negative feedback about a brand). But its score began to fall shortly after and, despite brief rallies, hovers around 12.4 today.

Microsoft, on the other hand, has risen from near zero in early February to a value-perception score of 46.2.

Cost-focused demo
To determine a brand's value score, BrandIndex asks consumers whether they believe they get a get good value for their money.

It's among young people that Microsoft's campaign is having the biggest and most sustained impact, said Ted Marzilli, global managing director for BrandIndex at consumer polling service YouGov. And that might have something to do with younger people tending to earn less money.

"Apple had a pretty big advantage, historically, when we look at our data," said Mr. Marzilli. "Apple did a great job of putting Microsoft on the defensive. It made them look old, stodgy, complicated to use and unhip. But Microsoft has started to hit back, and younger folks are more cost- or value-focused.

Among 35- to 49-year-olds, Microsoft saw a big jump around the second or third week of the campaign and momentarily overtook Apple; at the same time, Apple's "value perception" took a dip among this age group. Today, however, Apple is back on top. Among 50-plus consumers, the two brands are virtually neck and neck.

It's not just the economy that's shifting people's views of the two companies. As the data show, Apple led Microsoft in terms of value perception among the 18-to-34 crowd far after the financial crises really became hot and heavy in September 2008.

Strong campaign
"It would be very unusual for Microsoft's score to be increasing this much and Apple's to be decreasing without some sort of event driving that, like a major campaign that's particularly successful," said Mr. Marzilli.

Microsoft credited its ad campaign with helping it maintain strength in the consumer software market despite the recession. In a recent earnings call, it cited a 10% increase in preference to Windows PCs since the campaign launched.

BRANDINDEX RESEARCH FOR MICROSOFT VS. APPLE AD CAMPAIGNS THEN APPEARS (WITH CHARTS) IN...