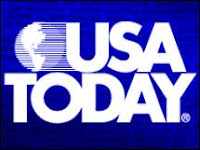 Guitarist Jimmy Page is hinting that there may be more music after Led Zeppelin's reunion concert next month. Page's comments to Guitar World run counter to statements from lead singer Robert Plant. "It's a bit silly (not to) because there is such massive demand," Page tells the magazine in its January issue, on stands Nov. 20. "It's a bit selfish to do just one show. If that's it, we probably shouldn't have taken the genie out of the bottle." The show, scheduled for Nov. 26, was postponed until Dec. 10 after Page hurt his pinky finger.