I orchestrated the breaking of Bloomberg Markets' second annual ranking of the richest family offices to London and US media which cover family wealth, including two articles in Campden FB (Family Business).

HSBC Private Wealth Solutions, part of UK/Hong Kong-listed HSBC, has retained its title as the world’s number one family office business in terms of assets under advisement, according to the second annual ranking of the sector by Bloomberg Markets.

The ranking, which features in the September issue of Bloomberg Markets magazine, puts HSBC Private Wealth Solutions’ AuA figure at $123.6 billion, derived from 297 client families. Importantly, the business has grown its AuA by 21 per cent year-over-year, putting it in fifth place in terms of greatest year-over-year growth. In the 2011 ranking HSBC Private Wealth Solutions recorded $102 billion in assets under advisement.

Just outside the top five was Switzerland’s UBS Global Family Office, which recorded £37.3 billion in AuA and 125 client families.

The private banking arms of large financial institutions dominate a list of firms managing the money of wealthy families, but independent wealth managers are showing the fastest growth.

This compares to growth of 36% to $3.6 billion at independent US firm Signature – which saw the greatest rise in assets under advisement.

Private banks made up nine of the top 10, found the research, published in the magazine’s September issue under the title The World’s Richest Family Offices.

However, the piece said: “Boutique family offices question both the big banks’ level of service and their motivation; they say the banks are too eager to sell their own hedge and mutual funds to clients.”

Over 115 firms responded to a survey, carried out using a database of 1,000 firms worldwide from the Family Office Group. There were some notable omissions, including the UK’s Fleming Family & Partners, which manages about £4 billion (€5 billion). The smallest firm on the list was Texas-based Tolleson Wealth Management with $2.4 billion in assets under advisement.

The research said a number of those on the list, including UBS Global Family Office, were working hard to get clients in Asia by sitting up new units or expanding services. However, no Asian firm or bank made Bloomberg Markets’ top 50 – which was ranked by assets under advisement.

The smallest offices on the list in terms of families were Seattle-based McCutchen Group with AUA of $5.2 billion for four families, Geneva’s 1875 Finance managing $5.1 billion for three families and Boston-based Bollard Group with $2.6 billion for eight families.

The Top 20 Firms Where Rich Families Put Their Fortunes

Bloomberg Markets Magazine ranked the top firms that manage money for the wealthiest families.  Many of the top multifamily offices are associated with banks, while others are independently operated.

And, many of these money managers offer services beyond just traditional investments and taxes — we're talking about anything from family therapy to preempt any conflicts over cash to money training for the kids.

If you're going to invest billions, you might as well get your money's worth, right?

Thanks to Bloomberg Markets Magazine for giving us permission to run their list. 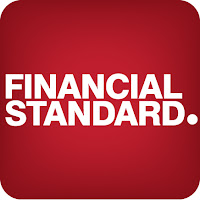 MFOs take growth from banks
Tuesday, 7 August 2012 12:00pm
Boutique multi-family offices are outgrowing bank-affiliated organisations worldwide, according to a Bloomberg Markets study.
Of the top 10 fastest-growing firms ranked, only HSBC Private Wealth Solutions was part of a big bank with the other nine on the list boutiques.

The boutiques operate with generally smaller margins but offer a range of services from tax advice and governance to managing bill payments.

By size alone however, the family office units of banks still dominate with nine of the top 10 bank-affiliated.

HSBC Private Wealth Solutions comes in at number 1 in terms of total assets under advice with US$126bn as at December 31.

According to Bloomberg, boutique family offices question both the big banks' level of service and their motivation, claiming banks are often too eager to sell their own hedge and mutual funds creating an inherent conflict.

Last year a US federal judge ordered Citigroup to pay two clients US$54.1 million for losses in a hedge fund that borrowed billions in an effort to extract higher yields from municipal bonds.

The fund had been pitched to Citi's private-banking clients as a safe bond alternative.

Bloomberg quotes the Harvard Business School Families in Business program chair as saying multifamily offices have been trying to figure out a profitable business model for a couple of decades and are now seeing the limits of providing a lot of services.

In the US however boutique family offices are already attracting buyers, with asset manager Affiliated Managers Group recently buying a stake in a Pennsylvania-based family office firm for an undisclosed sum.
++++

That’s according to Anthony Effinger, the author of a recent report on MFOs for Bloomberg Markets – which found that a “huge emphasis” is being placed on governance.

“The most striking thing was the emphasis on governance this year, and on services aimed at keeping the younger generations from making the mistakes that come with immense wealth,” he told CampdenFB.

“Clients, [MFOs] say, are very concerned with preventing the strife that can tear apart wealthy clans.”

Family offices are responding by putting more weight on non-financial services – the very things that they believe “set them apart” from banks, he said.

“They are setting up family councils to handle governance and educate younger members on the responsibilities of wealth.”

The report cited the example of a “money camp” run by US-based MFO Financial Management Partners, which gave children aged six to 11 classes on being rich.

The move appears to be paying off – according to the research, of the fastest growing wealth advisers to rich families, nine out of 10 were independent firms. HSBC Private Wealth Solutions was the only bank listed as growing quickly.

Although it is “easier to grow quickly” when you are small, Effinger said it wasn’t just down to size – the research found that “there remains significant distrust of big banks among some clients”, particularly when it comes to product pushing.
Posted by Drew Kerr