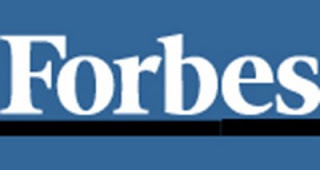 When it comes to consumer electronics, Apple rules the roost this Black Friday season.

The personal computer maker, along with three of its most popular products—the iPod, iPad and iPhone—ranked 1, 3, 7 and 8, respectively, in a new ranking of this holiday shopping weekend’s most buzzed about brands. YouGov’s BrandIndex, which tracks consumers’ daily perceptions of brands, compiled the report.

Okay, buzz is one thing, but what do these numbers mean for marketers and consumers who have stumbled across this post? Looking at this year’s “winners,” a few take home points jump out:

*It’s good to be Apple. Times are tough, indeed, but Apple still enjoys top-of-mind awareness among shoppers heading into this Black Friday season. Dad might not be willing to shell out $500 for a new dining table, but he’ll plunk down $1,000+ for a new MacBook Pro if it makes his youngest daughter look good, right? (This really happened with Media Geek’s sibling, who just started at Temple University as a business major. Media Geek got squat for her freshman year college present.) Plus, though Apple may be a brand that connotes style and class, it’s not too stuck up to offer consumers a good Black Friday deal. As this Mashable post notes, the company is holding a one-day, Black Friday sale where consumers can find deals on beloved Apple products.

*Value matters. Microsoft might’ve put big marketing dollars behind its Xbox Kinect, game controller-free entertainment system, but Nintendo’s Wii, which the former was meant to challenge, still managed to hold its place. (Xbox Kinect didn’t make the top 10.) Why? Penny pinched consumers might see Nintendo’s Wii as a better value buy. Most of its consoles sell

for under $200 on Amazon.com, whereas Xbox Kinect’s list price runs anywhere from $149 to $399, depending on what equipment you already have, per Microsoft’s site.

*Quality matters. No. 5 Sony has traditionally been a favorite among quality seekers, with the company ranking right behind Intel and Canon, as far as quality scores ago. In fact, its ranking among the top 22 electronics brands, in terms of quality, remained exactly the same as the year-ago period, YouGov said. Compare that with what happened to Toyota when reports about sticky accelerator pedals and floor mats hit. Yikes.

*It pays to be a consumer electronics staple. Bose makes speakers, radios, headphones and clocks. Okay, not exactly the same, gliterrati-like sort of tech stuff that Apple makes, but sometimes—particularly now—all you need are the basics, right?

*It pays to be consumer-centric. Dell recently kicked off a global push to become “the most loved brand in the PC industry,” global CMO for consumer and small and medium businesses, Paul-Henri Ferrand, told marketing trade Brandweek last month. Ads, via Wunderman, carry the tagline, “You can tell it’s Dell,” and mark a stark contrast from the former’s (up until now) price-driven approach.

With Black Friday less than three days away, “these are the brands that people are talking about in the most positive way,” says Ted Marzilli, svp and global managing director for BrandIndex. In the end, “sales tell the tale,” though being one of the most buzzed about brands certainly helps. (There is some evidence that high buzz scores correlate with strong sales, though it’s not always the case, he adds.)

At the very least, these numbers tell marketers whether or not “they are even in the game. If you’re not in the consideration set, you don’t have a seat at the table,” he says. 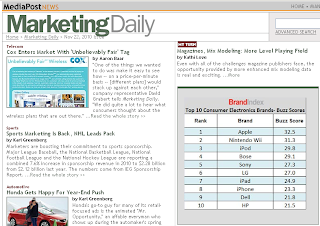 Merry Deals Offered Earlier Than Ever

Retailers are taking full advantage of the holiday shopping season, having rolled out ads and promotions as early as Halloween this year. Black Friday marketers, for instance, have extended the shopping window from two to three days. And when it comes to holiday retailers with the highest value scores, Target, Old Navy and Amazon lead the pack for women with children under 18, per research firm YouGov.

The Brandweek BrandIndex Report by YouGov is a weekly consumer perception report that analyzes the most talked about brands based on buzz: The scores are based on weighing positive and negative perceptions of a brand. A +100 score is positive, a -100 score is negative, and a rating of zero means that the score is neutral. This week's report also measures brand value and quality.

YouGov interviews 5,000 people each weekday from a representative U.S. population sample. Respondents are drawn from an online panel of 1.5 million individuals.

For this list, YouGov BrandIndex examined value scores for women with children under 18—traditionally the primary purchasers of holiday gifts.

With Black Friday merely one week away, Old Navy and Target are in a virtual tie for best value perception, with Amazon not far behind. Rivals Kohl's and J.C. Penney are neck and neck, while auction kingpin eBay makes a strong showing with a score of 36, followed by Wal-Mart and Sears. Rounding out the top 10 is electronics giant Best Buy.

With the ad campaigns coming thick and fast, in the past week, Sears made the biggest leap in value with 13 points, followed by Toys"R"Us with a 12-point increase.

Dell Powers Up Global Rebranding
After losing market share to competitors and being the subject of negative online feedback regarding its customer service, Dell launched a global rebranding campaign that carries the tag: “You Can Tell It’s A Dell.”

Dell’s index score—which measures overall brand health—has been gradually rising in the U.S., Germany and U.K. for adults over 18. The most pronounced jump has been in the U.S., where the score has jumped from 48.9 to 55.6 in three weeks. The campaign strengthened the U.K.’s index score, which leads the three countries, followed by Germany, where Dell's index score has fallen by a few points but has recently been trending upward.

Jim Beam's Quality Score Is On Fire
Making its move in the competitive spirits category—where Jack Daniels has long been a brand standout—Jim Beam launched an online campaign on Oct. 15, centered on its eight-year aging process. Earlier this year, the bourbon maker unveiled the “Eight Years Changes Everything” slogan for its Black Label line.

Jim Beam created a Facebook game with an accompanying Web site, Beamfire.com, which asks consumers to throw their regrets in a virtual bonfire. Site visitors can also upload images of those items they'd like to discard and earn badges or a grand prize of $8,000.