When it comes to car purchases, adults over 50 surpass younger consumers. In fact, this demographic is responsible for three out of five new car acquisitions, according to a report by AARP Media Sales, in conjunction with J.D. Power and Associates.

Sixty two percent of adults over 50 currently account for new vehicle acquisitions, compared to two years ago, when they accounted for 50 percent. The number is even higher for hybrid sales. Adults over 50 make up 73 percent of hybrid purchases.

Out of the 39 car brands measured in the study—which examined the media habits and profiles of more than 41,000 new vehicle buyers—32 credited the bulk of their sales to consumers over 50 years of age.

"The primary reasons for this escalation is the huge population of baby boomers turning 50 and their ability to spend on higher-ticket items during harsh economic times. [Meanwhile] younger adults are moving back home to ease basic financial burdens, such as housing and food," said AARP Media Sales research director Mark Bradbury.

Additionally, the study found that 33 percent of adults over 50 pay cash for their cars, compared to 13 percent of consumers under 50. Consumers over 65 are also an increasingly important demo for carmakers. Nearly 24 percent of new vehicles are purchased by adults aged 65 and older, which is nearly double (12.7 percent) compared to 2001.

Car Buyers Shop Online, Wear Out Their Old Vehicles and Are Increasingly Over 50

Car buyers today shop online first, buy a car because they need one and are likely to be over 50. And those over-50s dig hybrids, accounting for 73 percent of their sales. That's the portrait emerging from two recent surveys, one by Chrome Systems, which looked at buyer research and purchasing behavior, and the other from AARP Media Sales and JD Power, which looked at the age of car buyers.

In the Chrome survey, 83 percent of respondents said they were likely to shop for a vehicle online before making a purchasing or leasing decision. Those researching vehicles on manufacturer and dealer websites cited price and preferred equipment selection as the leading factor in purchase decisions. Fewer respondents said they purchased or leased a vehicle simply because they wanted something new: just 21 percent in 2010, down from 32 percent in 2009. The No. 1 reason cited for purchasing or leasing a new vehicle was that the respondent's current vehicle was unreliable or broken down (26 percent, up from 19 percent in 2009).

Brand loyalty is fading, with consumers saying they are less likely to want to purchase the same brand of car they previously owned (35 percent in 2010 versus 39 percent last year). Dealer loyalty is also increasingly a thing of the past: Only 24 percent said they selected a dealer because they or someone they knew had previously purchased or leased from that dealer. That's down from 37 percent in 2009.

The AARP-J.D. Power survey held a few surprises for anyone who thinks the 50-plus crowd isn't interested in buying cars -- or in buying hybrids. According the survey (as reported in Brandweek), 62 percent of adults over 50 currently account for new vehicle acquisitions, compared to two years ago, when the over-50s accounted for half of the new car purchases.
The percentage is even higher for hybrid sales. Adults over 50 make up 73 percent of hybrid purchases.

The shift toward older buyers is the product of the huge baby boom generation (those born between 1946 and 1964). Baby Boomer Headquarters estimates that 75.8 million people were born in that period, and in 2010 alone, 4 million of them are turning 50. It's also a group that has money to spend on higher-ticket items during tough economic times, AARP Media Sales research director Mark Bradbury told Brand Week. Older-buyer dominance is likely to continue. In 2010, 40.2 million people in the U.S. are 65 or older. By 2050, that figure will double to 88.5 million, according the U.S. Census Bureau. 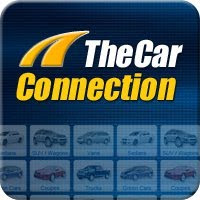 Ever since Baby Boomers came of age in the late 1950s and 60s, America has been obsessed with youth culture. Each week, it seems there's a new report talking about the spending power of Millennials or Tweens or some new, even younger demographic. But when it comes to cars, young people are just kid stuff: according to a new study from AARP Media Sales and J.D. Power and Associates, it's the 50+ crowd that really spends the dough.

The data from that study (see below) reveals some very interesting news. At first glance, we see that shoppers 50 and older account for a whopping 62.5% of all new car sales. That in itself is impressive, but doubly so when you consider that just ten years ago, that same demographic accounted for less than 39% of new cars sold. That's a surge of over 20% in nine years. What's more, a huge chunk of that is due to the 65+ crowd, who make nearly 24% of new car purchases.

Chart from AARP Media Sales, in conjunction with J.D. Power and Associates

At the other end of the scale, shoppers under 35 used to account for almost 25% of showroom sales, but today, that figure has slipped to 12.7%. Even the highly coveted 35 - 49 year-old segment -- the demographic characterized by growing families and high earning potential -- has slid to less than 25% of marketshare.

All this goes to show who's fared well during the economic downturn and who hasn't. While many younger Americans don't have the income or reserves to spend on a new ride, older shoppers are capable of laying cash on the barrelhead. (We mean that literally: the study found that 33% of buyers over 50 paid for their cars in cash.)

Of course, there are a few sticking points with the study. For one, the study was carried out in part by AARP Media Sales, which is part of the AARP family, which depends on the 50+ market. Proving the potency and value of older Americans is pretty much the AARP's job description, so to see the AARP put together a study proving the potency and value of older shoppers...well, it's to be expected.

Also, there's no word on how many 50+ adults are buying cars for their kids -- though even in those cases, it's still the adults who are doing the buying. (Mary Kate and Ashley may have some say in the color of the twin MINIs that mommy buys them, but she's the one signing her name on the dotted line.) The figures might also shift somewhat if the study were re-done with used car sales, but for now, the 50+ crowd is tops.