Top U.S. Brands Favored Much Higher Among One Political Party or the Other, Survey Finds

NEW YORK (AdAge.com) -- Forget red states and blue states for a second. Is your brand a red brand or a blue brand?

Many of America's top brands rate much higher among one political party or the other, according to an analysis of YouGov's BrandIndex survey results.

Google is the top brand for Democrats, according to an index incorporating consumer impressions of its quality, its value, their satisfaction with it, its reputation, their willingness to recommend it and their general impression of it. Google doesn't appear in Republicans' top 10.

Republicans, on the other hand, rank Fox News tops; Fox News, perhaps not surprisingly, doesn't appear on the list of Democrats' favorite 10 brands.

JetBlue is the third-ranked airline brand among Democrats, but doesn't crack the top five among Republicans, the BrandIndex analysis shows. Republicans rate Aflac among their top five insurers, while Democrats make room for Progressive.

Although consumers aren't usually buying a big brand because they think its owners are actually on their political "side" -- potential exceptions such as Ben & Jerry's aside -- marketers may well benefit from knowing how political partisans view them.

ers and some customers protested its $150,000 contribution to a group supporting a candidate opposed to gay marriage. But it might have avoided the whole mess if it considered its perceived political image first. Target is the fourth-ranked retailer among Democrats, according to BrandIndex, but is nowhere in the top five for Republicans.

Many brands perform well among members of both parties: Cheerios, UPS, FedEx, Craftsman, J&J, the History Channel and the Discovery Channel have appeal across political divides. 
WASHINGTON -- It's more than politics dividing the country -- Democrats and Republicans also split on which top American brands they buy.

A top-rated airline for true-blue Democrats is -- you guessed it -- JetBlue. And when choosing an insurance company, Democrats lean toward Progressive, a survey by YouGov's BrandIndex found.

Republicans don't even list JetBlue among their top five airlines and they prefer Aflac as an insurance company, the survey showed.

When it comes to beer, great minds drink alike. Both parties reach for Samuel Adams and Heineken as their two favorite brands and include Michelob in their top five.

But Republicans also chug Budweiser and Coors, while Democrats prefer to knock back Corona or Guinness.

Ted Marzilli, global managing director for BrandIndex, said sometimes the appeal of a brand is as simple as a name that resonates with one group or another -- such as "progressive" having a positive ring for liberals.

Other times, he said, it's more complicated.

"When you look at a brand like JetBlue scoring well among Democrats, is it because 'blue' is in the title and 'blue' is more associated with Democrats than Republicans? I'm not so sure," he said.

"JetBlue is also home-based in New York City and it doesn't have a national footprint, so it may have more exposure among cities or locations that tend to be more Democratic than Republican," Marzilli said.

Does the current polarized political climate in the U.S. even extend to favored brands? A new survey of brand preferences by political affiliation suggests the answer is, well, yes and no.

Google is the favorite brand of Democrats, an analysis of YouGov’s BrandIndex survey results found, while Fox News topped the brand list of Republicans. Maybe Democrats feel at home with Google’s inherent techie elitism masquerading as populism; and clearly Republicans appreciate a brand that treats their opposition like a foreign occupier.

Interesting questions abound. JetBlue is the third-ranked airline brand among Democrats, for example, but doesn’t show up in the Republican top 10. Could be JetBlue’s strong presence in

liberal coastal cities mean that its cabins are filled with Democrats, flying blithely over heartland Republicans (who can’t see the JetBlue logo from their conservative small towns).

And why is Aflac ranked among Republicans’ top five insurers in the YouGov survey, while Democrats favor Progressive? Is it because Progressive’s strong online quoting and marketing platform make it naturally appealing to young-skewing Democrats, while Aflac – known a disability insurer for small businesses and the self-employed– caters to the entrepreneurial streak of Republicans?

There’s more. Target is the fourth-ranked retailer among Democrats – but is nowhere near the top five for Republicans, even after the chain incurred the ire of ultra-liberal political action committee MoveOn.org for contributing $150,000 to a group backing an anti-gay-marriage Republican candidate.

Also interesting but harder to explain are the marques that get high marks from both Republicans and Democrats. With some parenthetical theories as to their appeal, these universally embraced brands included: Discovery Channel (giving hope that maybe there is such a thing as non-partisan knowledge out there); Johnson & Johnson (everybody hurts); Craftsman (even liberals need tools); and FedEx (everyone’s been burned by the Postal Service). Perhaps most intriguingly, Democrats and Republicans both rank the History Channel in the top 10, suggesting that, if there’s one thing partisans of all stripes seek, it’s to ground their present-day battles on a solid historical foundation. They may both be watching the same

shows, but, one suspects, they’re drawing different lessons from that programming.

A less jaundiced eye might view these areas of overlap as signs that great brands do strong work in appealing to everyone. Another political aisle-crossing brand was UPS, leading one to speculate: Can Americans both red and blue find common cause in what brown can do for them? 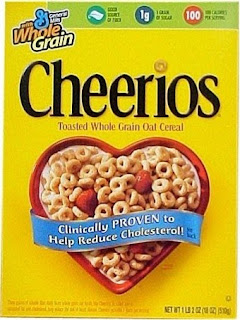 Study: Democrats and Republicans Love Lots of the Same Brands

We all know that Democrats love Starbucks and Hustler, while Republicans love Skoal and Soldier of Fortune. Or do they? A new study of the favorite brands of liberals and conservatives show some surprising agreements.

Nat Ives breaks down the latest YouGov BrandIndex numbers, showing which brands are most beloved by members of the two political parties. Observe:

So America, let's lay back with a bucket of tools and some Tylenol, watch a nice WWII documentary, and ship boxes of cereal across the country­together.