Consumer perceptions of most leading quick-serve burger chains are relatively poor, but perceptions have improved in the past year, according to tracking data from BrandIndex.

BrandIndex analyzed consumer scores over the past 12 months for Burger 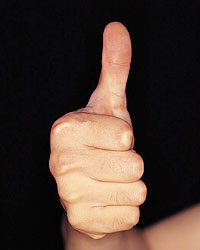 Wendy's has continued to significantly outperform the others on all of the measures tracked: quality, value, satisfaction, reputation and the overall brand health scores derived from those four perception measures. However, the others -- and McDonald's in particular -- have seen gains in most or all of these measures.

A BrandIndex score can range from 100 to -100. Each score is calculated by subtracting negative perception feedback from positive. A zero score signifies an equal amount of positive and negative feedback.

Looking at the overall brand health index, McDonald's currently ranks third, below Wendy's and Burger King. However, McDonald's showed a significant upswing over the time frame, rising from just above zero to above 10 and closing the gap with Burger King in particular. BK's highest brand health score was just below 20, while Wendy's' ranged between the mid and high 30s throughout the tracking period.

The McDonald's gains "could be due to heavy value-focused advertising, as well as its recent launch of the McCafé concept, which combines both value and quality messaging," observes BrandIndex SVP and Global Managing Director Ted Marzilli.

The QSRs' general upswings in overall brand health "are probably due to a combination of brand-specific marketing, advertising and promotional activities, as well as consumers trading down in these challenging economic times from high-end and casual-themed restaurants to less formal and less expensive dining experiences," Marzilli adds.

The quality, value and satisfaction scores were most influential in driving the brand health gains.

All of the brands increased their quality scores, "which could be due either to perceived improvements in quality or to a reevaluation of what constitutes quality" during the past 12 months, notes Marzilli.

Wendy's quality scores varied between 30-plus and nearly 40, and BK was second with scores hovering around 10 to 15. But McDonald's -- which according to Marzilli was the clear #5 brand on quality 21 months ago -- has now achieved parity with Hardee's and Carl's Jr. (All three improved from negative numbers to slightly above zero over the past year.)

Value scores have also been trending modestly higher for these QSRs -- perhaps reflecting perceptions of improved quality, more value-priced meals and promotions, or a combination of these factors.

Wendy's' value scores remained roughly at 40 for the full period, BK's rose from about 20 to 25, McDonald's' rose from about 15 to 20, and Carl's and Hardee's fluctuated between zero and a high approaching 5.

For McDonald's, the improvements in quality and value perceptions appear to have had a significant impact on satisfaction -- a metric, points out Marzilli, that is often viewed as a leading indicator of sales. The uptrend started in late 2008 and continued into this year, but surged again in recent months to the point where McD's satisfaction levels are now on par with BK's. (Both currently show satisfaction scores at just below 30.)

Wendy's' satisfaction levels fluctuated little over the 12 months, hovering around the mid 40's. The satisfaction scores for Hardee's and Carl's have remained around 5, plus or minus a few points.

BrandIndex measures perceptions about brand reputation with the question: "Would you be proud or embarrassed to work for the brand in a similar role to the job you currently hold or more recently held?"

On this metric, even Wendy's started out at zero a year ago, while the other four all had negative scores. (McDonald's was lowest, at about -23.) However, all showed marked upswings on this measure during the past year -- with Wendy's now at around 10 and the others still negative, but considerably less negative (ranging between -14 and -6). This, suggests Marzilli, most likely reflects high unemployment rates.