Creepy? Annoying? Or Creepy and Annoying?

NEW YORK (AdAge.com) -- Gary Koepke, co-founder and executive creative director at Modernista, loves that you're creeped out by his ads for Sprint's Palm Pre. 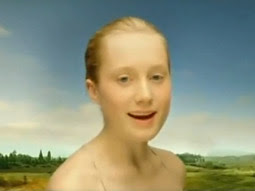 In the past few weeks, the Boston-based ad shop's TV spots have been unsettling potential consumers. The campaign features actress Tamara Hope speaking directly to the camera in near-robotic tones and sharing strange observations about traffic lights, jugglers and reincarnation.

The ads have prompted a blogger outcry that's already yielded one popular YouTube parody and an exorcism-themed sketch on G4's "Attack of the Show," with a fair helping of Tweets to boot. (Sample tweets: @hardheadedwoman "Palm Pre commercial -- annoying, creepy or annoying and creepy?"; @brekee "Why is the Palm Pre lady so creepy?"; and @maggieallyse "Those creepy palm pre commercials make me NOT want to buy it.")

Not exactly what you'd call a home run. But hey, at least people are talking about it, right? The Twittersphere even addresses this aspect of the campaign. (@davidsaxe "Did Palm Pre accomplish its goal with this creepy spot because we're talking about it? ... or did they just not know?")

Creepy can be a good thing
"We weren't trying to creep people out, but one thing I have learned now in this digital age is people can be as rude as they want as long as they don't have to look you in the face," Mr. Koepke said. "The Pre is probably being talked about more than other phones right now because of the marketing and advertising, and that's a good thing. Could the ads work harder to show exactly how the phone works? Yes, but we knew it would be polarizing people to have a woman not shout at them and tell an interesting story."

It's the how-it-works part of the Palm Pre push that Modernista has been holding back on in favor of more visually stimulating ads, while Sprint and its agency of record, Goodby Silverstein & Partners, tout the seamless integration of applications such as Facebook.

"It's a very different look and feel for this sector," Mr. Koepke said, comparing the humanized feel of Palm Pre's ads to its competitors. "There's nobody involved in an iPhone ad, and 'Your life is on BlackBerry' -- isn't that great? Instead of having a life? We wanted a middle ground between those two places -- what about the people who want a really great smartphone?"

Thus far, the ads have made only small waves in stealing buzz and value perception from No. 1 smartphone BlackBerry (the iPhone is No. 2 domestically), according to YouGov's Brand Index, which interviews 5,000 people each weekday and conducts more than 1.2 million interviews a year to monitor how consumers perceive brands.

The Pre showed a small spike in buzz among adults 18 to 34 around July 9, when the ads featuring Ms. Hope first started airing, rising from the 10 to 15 range on the buzz scale against BlackBerry's dip from 30 to 25 during the same period. (The index has a scale of +100 or -100, depending on whether the feedback was positive or negative. All the figures are on a positive scale.)

Value advantage
But perceived value is still BlackBerry's advantage, particularly among adults 35 to 49, where BlackBerry's value index skyrocketed on the wings of a new Tour of its 9630 smartphones and deals with Verizon. Its score went to nearly 20 where Palm's zigzagged in the 3 to 5 range as awareness of the Modernista TV ads stabilized.

Sales for the product may also be stabilizing, to 25,000 phones a week, down from 50,000 upon launch in June, according to Pali Research analyst Walter Piecyk.

Perhaps that's why the phone's technical utility will be driving the next phase of the Pre's marketing, beginning this week through a series of key branded-entertainment partnerships.